Mystery, Suspense, and Horror blog with a few added genres thrown in.

I set my expectations to high 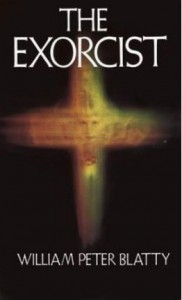 I think because I watched the movie years ago that I just set my expectations for this book too high. The movie totally creeped me out and was scary and this book wasn't.

To be honest I felt like most of the book was filler in between the Regan parts and found it kind of boring at times. I thought there wasn't enough spooky Regan though some of the parts did make me a bit squeamish and there was some creepy elements but when all is said and done the exorcism part was kind of anticlimactic and it was like really that is it.

I also had a hard time believing that the Catholic church didn't believe in the devil as a reason why none of the priest believed in possession and thought it more of a mental illness. ( looked it up to make sure...lol) It was more that this younger priest was having problems with his faith as he was more of a man of science since he was a trained psychiatrist. I thought he was never going to decide if she was possessed or not it's like come on man, normal people don't do that!

The police detective sort of drove me crazy because he reminded me a lot of Columbo and I felt like his part in the story was filler too because he just said the most stupidest things and it was like seriously get to the point. Just ask her the questions you want to ask and quiet dilly dallying around! I mean seriously he would say he doesn't want to talk to her houseman Karl, but then literally rang the doorbell again and said how inconvenient it was but could he talk to Karl!!! It was stuff like that that just drove me nuts.

Overall, I am glad that I read it and I did find it interesting but I think I just set myself up to high in hopes of scare factor. I really think this time it was a serious case of should have read the book first before watching movie. Normally it doesn't bother me but since the movie was so creepy I thought the book would be and it was just meh. :( 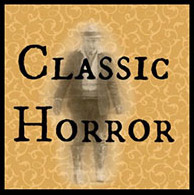